Custom made fire trucks ahead of schedule

By using Zuken’s E3.series electrical engineering software, the Swiss manufacturer was able to significantly reduce the development effort per vehicle.

At the same time, they were able to increase the quality of their electrical design documentation.

For over thirty years Feumotech has been specializing in customized designs that customers appreciate for their ease of operation and reliability. One-off productions and small-batch sizes are not an exception, but rather the standard. Efficient and flexible engineering tools are therefore a vital element for Feumotech’s success.

"E3.series has a number of features that allow us to generate added value from our ECAD data. This benefits our logistics, manufacturing, and customer service." 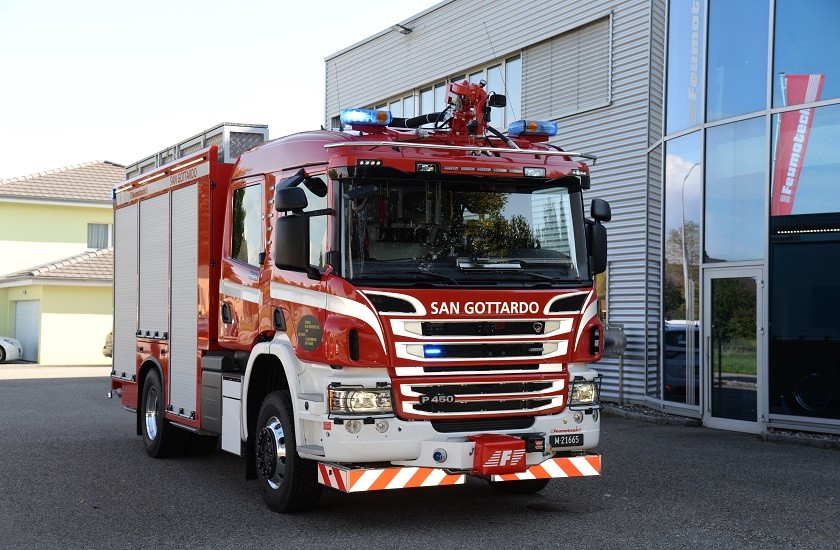 For a number of fire engines, recently produced in a small series, various assemblies had to be designed from scratch.

In addition, the end-users were to be given the choice between different chassis configuration and a range of equipment options.

Thanks to the options and variants functionality of E3.series the electrical equipment for the newly designed assemblies could be quickly and easily integrated into the circuit diagram as subcircuits.

The vehicle-specific differences could be selected at the push of a button.

As several new assemblies were to be manufactured externally, they had to be built and tested in advance as prototypes.

Consequently, the development time frame was extremely ambitious. In addition, part of the development and circuit diagram design had to be carried out from the home office.

Due to the corona pandemic, the company has taken measures to ensure its employees’ safety. Thanks to the efficient and flexible capabilities that E3.series offers, they managed to achieve the time schedule despite the difficult circumstances.

In some cases, the vehicles could even be handed over to the customer before the initially planned delivery date.

Spaces tighter than the time frame

The flexibility of E3.series also proved to be an advantage in another project in which multiple systems had to be fitted into a small space.

In this instance, several ICT systems, large screens, control panels, cameras, air conditioning systems had to be integrated into one complete system.

The challenge was to accurately integrate the subsystems of external suppliers and to document them concisely as one complete system.

Numerous change requests surfaced during the design process, which needed to be integrated into the current project.

With the block functionality of E3.series, the engineers were able to keep the documentation process lean and up-to-date.

Check out the Zuken.com for other customers’ success stories!